Taking pride as one of the strongest decentralized and cryptocurrency networks, Ripple is a true example of unprecedented technological expertise and an advanced innovative approach. Originally unveiled in 2012 as a subsequent iteration of Ripplepay, Ripple works as a real-time gross settlement network, currency exchange, and remittance facilitator network curated by the globally-acclaimed U.S-based technology firm, Ripple Labs Inc. As highlighted in its whitepaper, Ripple strives to achieve “secure, instantly and nearly free global financial transactions of any size with no chargebacks.” The leading network is built upon a distributed open-source protocol to support transactions involving fiat currencies, cryptocurrencies, commodities, and other units of value like frequent flier miles or mobile minutes.

For any person who wants to deal with XRP, the native cryptocurrency of the Ripple network, it is important for them to learn about RippleNet, which is a singular, global network constituting banking institutions and financial organizations. This globally-reputed conglomerate indulges in sending and receiving of payments via the use of Ripple’s distributed financial, technological expertise. It establishes itself as a unified decentralized global hub of banks and financial entities to facilitate real-time and economical payments for the participating organizations. RippleNet users With its unmatched services and product offerings, Ripple’s XRP stood as the third-largest crypto coin by market capitalization as of April 2020.

The Historical Timeline of Ripple

The team decided to decentralize the network against the background of Bitcoin development. However, they chose a different path that did not involve mining. Chris Larsen, a present board member of Ripple, joined the network.

OpenCoin Corporation was established to encourage the development of cryptocurrency and payment systems. Larsen and Jed McCaleb led it.

The XRP token was released in January. In April, it received investments from leading firms like Google Ventures, Bitcoin Opportunity Fund, Vast Ventures and collected $1.5 Million. Later, the firm was renamed as Ripple labs.

The firm kept on expanding its operations by earning support from the industry leaders. In October 2015, the name was changed again to Ripple.

XRP is a leading cryptocurrency that is built on the XRP ledger system. The XRP ledger is an open-source, decentralized, permissionless interface that is powered by the excellence of blockchain technology. It is capable of executing and processing transactions in 3 to 5 seconds. One can send XRP directly without the intervention of a central authority, which eventually makes it a potential instrument for eliminating the gap between two different currencies speedily and economically. The curators designed XRP to facilitate transactions involving large sums of money at minimum costs. Owing to its high potential, XRP has attracted an impressive list of banking institutions and payment providers in its client umbrella, including American Express, Bank of America Merrill Lynch, HSBC, Barclays, Royal Bank of Scotland, Santander, Unicredit, and MoneyGram.

Unlike other cryptocurrencies like Bitcoin, which takes over an hour and ETH, which takes nearly two minutes for transaction processing, Ripple claims that XRP takes less than four seconds to complete a transaction. XRP is widely accepted on all the major crypto exchanges as it successfully counters the scalability limitations prevalent in other crypto networks. The XRP token has a maximum total supply of 100 Billion tokens and the firm owns nearly 60% out of the total sum. Ripple network handles 1,500 transactions per second and can scale up to 50,000 transactions per second, whereas Ethereum and Bitcoin can handle 15 and 3-6 transactions, respectively.

How does Ripple work?

The XRP ledger is managed by the independent participants of a global “XRP community,” of which Ripple is an active participant. The distributed database stores information about all the Ripple accounts. The core network is “managed by a network of independent validating servers that constantly compare their transaction records,” which implies that the independent validator nodes reach consensus on the order and validity of the transactions. The consensus agreement is the final and irreversible settlement in nature. The consensus is reached on all the outstanding transactions every 3-5 seconds post, which a new ledger is issued. Anyone can be a validator such as universities, crypto exchanges, and financial entities. Currently, there are 34 validators in which Ripple controls seven, nearly 21% of all the validators.

What is Ripple used for?

Ripple is primarily designed to cater to the requirements of giant financial institutions and business entities like banks. It allows banking organizations to transfer a wide range of assets, including cryptocurrency and fiat money, in a secure, transparent, and cost-effective manner. The platform performs transfers between institutions at a very high speed and gives a stiff competition to traditional transfer methods like SWIFT. Buying Bitcoin through bank transfer can be quite cumbersome as it will involve a lot of time-consuming processes like contacting the bank, sending transactions to a swift bank code account, etc. This requires a lot of effort and is complicated too. However, with Ripple, this can be done instantly as it facilitates sub-second transactions for its partner firms.

The article given above highlights all the ifs and buts concerning one of the leading cryptocurrencies XRP and its channelizing network, Ripple. The firm is constantly on a development spree. It is fast proliferating into different countries across the globe to popularize XRP and encourage crypto mass adoption. The platform aspires to bring more and more people under the purview of cryptocurrencies. Ripple strives to give the maximum benefits and convenience to its users through its high-end technology. It aims to reduce the burden on institutions like banks that are involved in big and continuous transaction circles. The network is already a favorite for customers worldwide, and it aims to strengthen its control in the market further. So, start exploring the crypto world opportunities through the Ripple network. 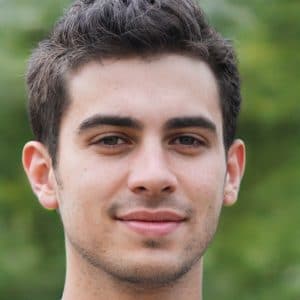 Max Gilkey has worked in the reporting and editing industry for more than a decade. He is a lead corporate executive at Mamchv.work and also loves to write about non-fiction and biographical pieces. Aside from writing, he even a sportsman type who actively engages in sports.