Fork or Harfork is a fundamental term related to blockchain technology, used to denote an important change in the network’s protocol which can validate blocks that were invalid earlier or vice versa. A hard fork needs the upgradation of all existing users and nodes, to the protocol software’s latest version. Such a radical change can occur in any crypto or blockchain technology-based platform like Bitcoin, Ethereum, etc.. Upgradation is required as the nodes of the upgraded version do not accept those of the previous one which results in a permanent divergence. When a new rule is added to the existing code, a fork or change is created in the blockchain, which leads to divergence. Resultantly, one route follows the latest version and the other route sticks to the older version, although after some time, the old chain got outdated, gets upgraded to the latest version. This is how a hard fork primarily functions.

In an Open Source Software, where projects are developed in the open, with complete transparency, “a fork occurs when the source code of a project is copied to be developed independently of the original project.” Forks again can be of two types- soft and hard forks, where we already know about hard forks. Soft forks are protocol upgrades that are compatible with the older version backward, but not vice versa. Thus, the network would be incapable of breaking up into chains or issuing new cryptocurrencies. Another fork is a ‘planned upgrade where the upgrade has been planned well in advance, on the blockchain network.’ Like Ethereum (ETH) has already developed its roadmap for the next five years. For Instance, where the blockchain code is forked and changed for introduction and generation of the new currency, a majority of blockchain ecosystems develop through this kind of fork, like Litecoin, Namecoin, etc.

Also, a change might occur when there is a rift between the developer and miner community, like the schism and subsequent split in the Ethereum network after the DAO project was hacked at the cost of millions of ETH. The discord in the community w.r.t. the response to the hack, resulted in a hard fork where some continued with the mining of the original chain, leading to the network’s split into two groups, Ethereum Chain and Ethereum Classic. This is often referred to as ‘go-to- contentious fork.’

An Overview of Ethereum’s Hard Fork

In the case of Ethereum, the developers have planned for significant changes that the network would undergo over a period of time. This change, tantamounting to a slow process of development of the network, has been seen as a necessary measure for its long term evolution. A gradual transition would take place from ‘proof-of-work’ to ‘proof-of-stake,’ although a hasty upgrade is uncalled. Once the transition to the proof-of-stake mechanism is complete, we would get what would be known as ETH2.0.

These forks, therefore, function as Ethereum Improvement Proposals to make the network more advanced and improved. A number of these proposals would be included in the fork and this is based on the ‘Request for Comments’ proposal system, which provided the basic proposals of the way the internet has turned out to be today. “Lately, there has been announced a new model called EIP-centric forking by Martin Holst Swende, which is the process of how AllCoreDevs are making decisions about EIPs and forks.”

ETH2.0 Beacon Chain is the final phase of Ethereum’s expected roadmap, which would complete the transition from Proof-of-Work to Proof-of-Stage consensus along with the introduction of the Beacon Chain. Cross-shard communication, a shift from EVM (Ethereum Virtual Machine) to Ethereum Flavoured Web Assembly (e-WASM), would make it the most crucial stage of transformation for the Ethereum network. Two live chains would function with the older one being eventually subsumed by ETH2.0 and pushed into one of the shards. However, a lot of work remains to be done before the shift into the final phase is complete and the Ethereum community is still in two minds regarding the transition. Once the transition is complete, Ethereum would become one of the most advanced public blockchain networks worldwide, which would give further impetus to the growing ‘techno-social phenomenon.’ 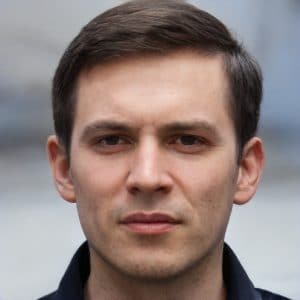 Richard Pepin's articles have been featured in many publications. He worked as Executive Editor at Mamchv.work. He is skilled at copy-editing, which one can quickly notice while exploring his trails and content. Outside of the profession, he enjoys fishing, boating, and enjoying the water in general.